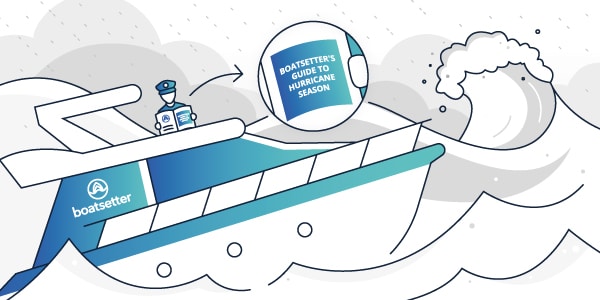 Hurricane Season 2019: How to Prepare Your Boat for Hurricane Dorian

It was early October 2017 and I had just boarded the 46-foot Striker 1, the notorious shark fishing captain Mark “the Shark” Quartiano’s Hatteras Sportfishing vessel. At the time, I was on assignment for an online fishing boat rental company, assisting a video producer from Serbia as he made marketing videos for fishing captains from Miami all the way to Destin. As we pulled out in the Biscayne Bay, the signs of Irma which had struck Florida just a few weeks earlier, were visible to anyone who knew how Miami looked on a good day. Just earlier on the dock, we were greeted by Jose, a man who came up from the Bahamas where his boat and those of his friends had been rendered unusable after Irma. He seemed positive but we all knew that his business had taken a hit for the worst.

“He’ll never be able to recover,” said Mark who with over three decades in the boating industry business and clients like Robert DeNiro, seemed to know exactly what he was talking about. As we set out on the water, we soon realized we wouldn’t be making any videos today. The weather had picked up quickly and we soon found ourselves in a torrential downpour out on the water. “Get ready for major chunks!” Mark shouted as he made an Instagram story for his some 118,000 Instagram followers as he drove the boat out into the storm. The comments came rolling in. “Are you outta your mind!?” one user posted, which Mark showed us proudly and we couldn’t help but be moved by his positive, fearless energy. It was the kind of energy only a captain could possess. Well, a captain or a storm.

The weather went on like this for a good half hour until it subsided and then the sun came out, brighter than ever as we realized we weren’t in for Irma Part. 2, after all. With the clear skies and increased visibility across the water, we saw our first sunken vessel from a few weeks before, rolled over on its side like a beached whale. And then there were more, lots more. Just laying there. Some turn over completely with their masts in the water and others with only the mast sticking out, birds nesting on them like a telephone pole. What had these boat owners done wrong, I wondered. After all, hurricanes in the United States occur every year and we learned from Hurricane Katrina that the damage can be truly irreversible.

In fact, in 2017 alone, according to the Boat Owners Association of the United States,  the boating industry in the U.S. took a whopping 655 million dollar beating that saw more than 63,000 boats that were either partially damaged or completely destroyed from the impact of both hurricanes Irma and Harvey alone. And although Mark’s office, which was located in the basement of the Hilton Hotel, had been flooded, his boat seemed to be in surprisingly fantastic condition. Was there something he knew that other boat owners didn’t? Or did he just get lucky? As it turns out, it was a bit of both.

When I returned from the trip to Florida, I began to take a deeper look into what boat owners could do to help prevent this national tragedy from happening again, just as it had with Hurricane Sandy back in 2012 where 655,000 boats had been damaged or destroyed. From some of the nation’s boat owners and fishing captains that had built their American Dream on the boating industry to marina operators, our team at Boatsetter, the world’s largest online marketplace for renting boats, began an investigation of sorts to protect boat owners and captains alike from the inevitable hurricanes that will hit the U.S. in the future.

We learned that in 2019 alone, the National Oceanic and Atmospheric Administration’s Climate Prediction Center predicted in their hurricane season forecast that they are anticipating between 9 – 15 names storms this year alone and expect that 4 – 8 could become hurricanes with at least 2 – 4 of these turning into major hurricanes that could potentially make landfall. In other words, we are looking at a near-normal hurricane season in 2019 which officially began on June 1st. So far, so good. But as we all know, “near normal” from hurricanes in the U.S. is not a good thing, especially with the notorious months of August and September still in our sights. In fact, the NOAA has already selected the names for potential hurricanes in 2019. Now, that’s something to be concerned about. Once we started reaching out to our Boatsetter boat owners, the story began unraveling. As it turns out, there are dozens of things boat owners can do to protect their vessel and their business when the inevitable hurricane strikes. When speaking with Delvis Llanes from North Miami, Florida over the phone, we learned that one of the most important things a boat owner can do is, “Get prepared in advance and not when the storm is already coming.”

As it turns out, even if you’re a responsible boat owner and do everything you need to do to protect your boat, the boat is still at risk from other boat owners. According to Llanes,

“You can do your best job preparing your boat for the storm but if your neighbor doesn’t and your boat is next to theirs than you’re just as susceptible to damage as they are.”

That means it’s every boat owner’s responsibility to make proper hurricane preparations for their vessels. In regards to his boating community, Llanes said,

“In the community where I live, a lot of boats got loose during Irma and crashed into other boats, so one good piece of advice is to be a good neighbor and communicate with them if you live on a canal and share a marina.”

According to Steve Kinderman, the Chief Operating Officer of Aqua Marine Partners, a marina investment company located in Aventura, Florida that provides hurricane plans for boaters, “Not having a plan in the first place is a huge mistake. Some boaters don’t know where to go.  Some don’t know when to go if they have a place to go. And others are simply clueless as to what they need or how to prepare. In summary, the biggest mistake is waiting until a crisis to even start thinking about their boat and the safety of others.”

When asked about the effects of hurricanes on the boating community, Kinderman said, “I’ve known many people affected and the results range from the loss of use of their vessel to significant inconvenience and expense to serious loss of property. Loss of money and exposure to liability, such as injury to self or others, that goes beyond insurance or personal bank accounts,” is also common.

With the help of BoatUS, we created a chart detailing the dollar damage amount to boats in the U.S. from all of the major hurricanes since Hurricane Isabel in 2003. The following damage is to recreational vessels only and these estimates do not include the wider boating industry, marinas, boatyards, boat storage facilities, drystacks, boat clubs or any boating infrastructure, only boats. “The choice of locations is the single most important decision a boat owner has to make before a storm.”

That means that a well-protected, “stormworthy” marina is the best option. After all, merely leaving one’s boat in a harbor will not guarantee safety and neither will a seawall which boaters learned the hard way from Hurricane Katrina.

If you do decide to store your boat ashore, it’s important to make sure the boat is strapped down properly to prevent it from falling over as a result of the jack stands that support the hulls being moved out of position from constant rocking. If your boat must be stored in the water and not in a protected marina, a residential canal or narrow waterway is the best place.

With the 2019 hurricane season officially underway, the chance that one of these names on the list of hurricane names from the NOAA won’t have a line through it as Andrea does. There’s a chance that one of these names, maybe it’s Dorian, maybe it’s Melissa, will turn into a major hurricane that makes landfall in the U.S., at which point it will be too late. As Delvis Llanes reminded us, we should all be good neighbors this year and be good to ourselves, and our property. Hopefully, this year we can save the boating industry and save our businesses before it’s too late. 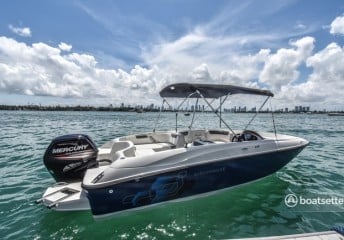 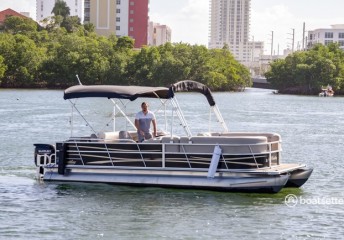 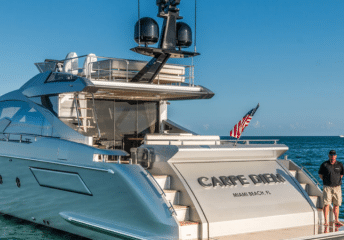 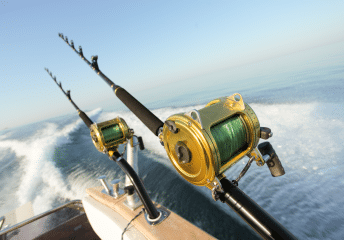 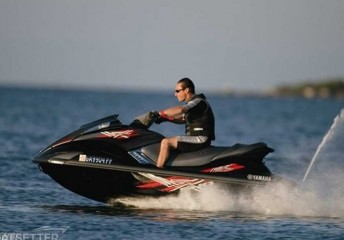 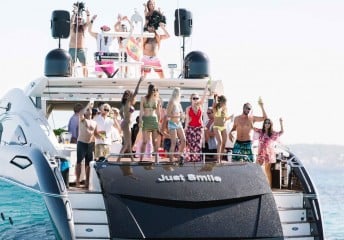 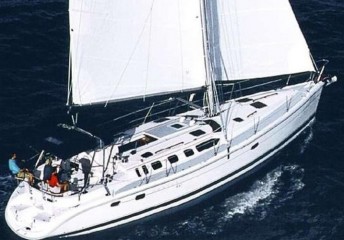 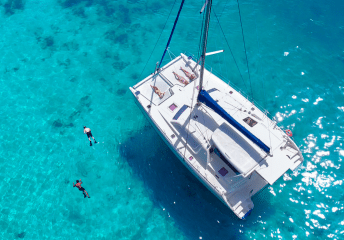 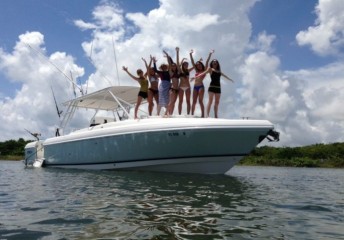 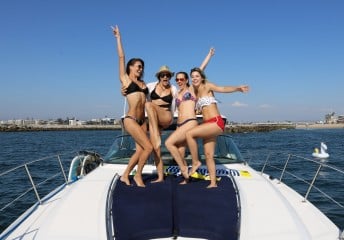 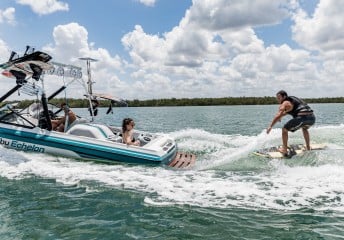 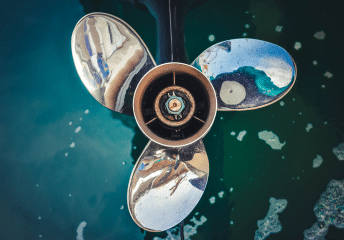 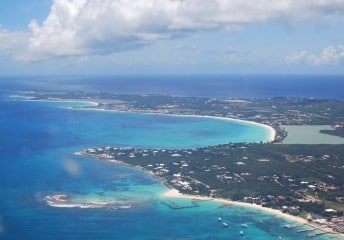 A Weekend in Anguilla: Your Perfect Two-Day Itinerary 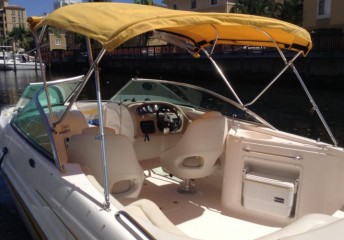 How to make your boat listing ahhh-mazing! 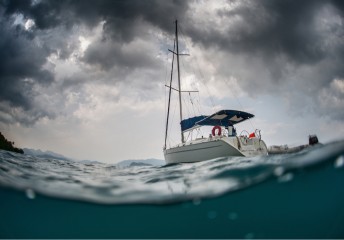 Weather Safety Tips for All Sailors